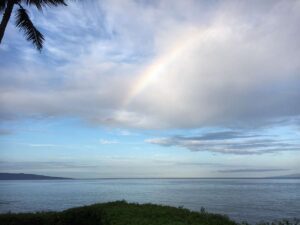 Lee has called the Hawaiian Islands home either full or part-time for nearly 35 years. He grew up in New Jersey in the seashore town of Point Pleasant Beach. His love of the sun, the ocean and warm weather are what drew him to Hawaii. Lee received his first real estate license at age 18 and joined his grandfather’s agency. After graduating high school as Class Salutatorian, he attended Miami University, Oxford, Ohio on a full academic scholarship from the United States Navy. Lee earned a B.F.A. and became a U.S. Naval Officer upon graduation. He was selected for flight school placing him in the top 1% of his peers nationwide. As a former Naval Aviator his attention to detail was paramount. He flew with VP-17 out of Barber’s Point, Oahu, Hawaii and was responsible for the safety and navigation for his 12 man crew.

Lee then served as the Public Affairs Officer for the Naval Healthcare Support Office. As a junior Lieutenant filling a Lieutenant Commander’s billet, he was running the Public Relations for fourteen Naval Hospitals throughout the Pacific. Lee was also the liaison with the Bureau of Medicine in Washington, D.C. He worked in Public Affairs for both the Admirals at Commander-in-Chief, Pacific Fleet and at Naval Base Pearl Harbor. He was the liaison officer with the National Park Service at the U.S.S. Arizona Memorial in Pearl Harbor.  Because of his hard work and abilities Lee was always advancing and filling high profile positions.  Lee worked with VIP’s and dealt with the media as a spokesperson for the Admiral on numerous occasions. 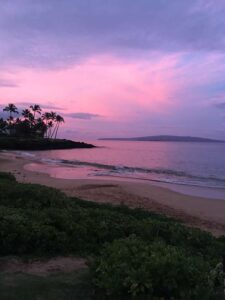 Upon leaving the service, Lee moved to New Zealand and set up a clothing company located on Cathedral Square in Christchurch. The shop was nominated for shop of the year through out the country and received great acclaim in “Style” Magazine – their equivalent of our “Vogue.” After this successful venture it was time to fulfill another dream and move to Australia. Lee spent a year there living, traveling and doing freelance design work. He even worked with both Jonathan Ward, Australia’s premier couture designer and Chris King, Australia’s top make-up artist! Lee would have loved to stay longer but since his visa was running out it was time to head back to the U.S.A.

Upon his return to the states, Lee was recruited by the National Park Service and became the Public Affairs Specialist at the U.S.S. Arizona Memorial, Pearl Harbor, Hawaii. Lee was fortunate enough to be able to work with the White House Staff and President Clinton when coordinating the 50th Anniversary Commemoration Ceremonies marking the end of WWII at the U.S.S. Arizona Memorial.  Lee used his graphic design degree and designed the official, one-day-only, special commemorative U.S. Postmark used during the events.  Lee also did many local, national and international television interviews and stories – one gathered so much attention the Arizona Survivor’s Association contacted KTLA-TV in Los Angeles to obtain a copy for their archives as one of the best they’d seen.

Moving up the government position ladder, Lee then worked as the Public Affairs Specialist for the Defense Finance and Accounting Services located at Ford Island, Hawaii. Lee then moved to Saugatuck, Michigan and became a business partner in The Butler Pantry – a high end kitchen-ware, gourmet food and wine shop. Lee revamped the business and increased sales by over $250K in the first year alone. The store became the national leading independent business for at least eight different product lines! As a former business owner, Lee knows what customer service is about and prides himself on customer satisfaction. Attention to detail was still an important element and evident in Lee’s work.  He prides the same in his real estate work. 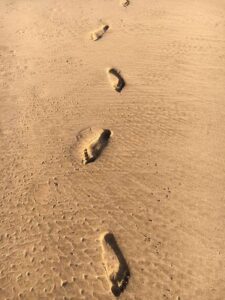 Upon selling the business, it was time to return to Hawaii full-time. Lee knew he would go back into real estate upon “retirement” from the world of retail so he could enjoy “Living Maui Style” and have a more flexible schedule. Lee has held his Hawaii Realtor’s license since January 2003 and his very first sale was a $1M + transaction! Lee enjoys meeting and working with people which are reasons why a career in real estate is an ideal choice. Lee wants to put his expertise, experiences, attention to detail and successes from everything he has accomplished to work for you in your decision to buy or sell real estate.  The lifestyle that Maui offers is something Lee would love to share with others and is why the website is named “Living Maui Style.”  He has earned both his Accredited Buyer’s Representative (ABR) designation and his Short Sale and Foreclosure Resource Certified designation (SFR), the Resort and Second Home Property Specialist (RSPS) and the National Association of Realtor’s GREEN designation making him a step above many other agents.  His accessibility, care and top priority being YOU will make Lee an agent you will be both happy with and happy to refer to your friends and relatives. Lee’s straightforward and honest approach combined with his knowledge of the market will help you grasp the “what is” vs. the “what some think it is” and make a purchase or a sale be the best it can be in any given market. Almost all of Lee’s current business is repeat clients and referrals though he is happy to take on new clients. For more information, contact Lee directly at Lee@LivingMauiStyle.com.